Imperium is a game of intergalactic exploration, warfare, and economics. Imperium has no set goal, and fairly flexible rules about what you can do, thus, while a single player could run their own game just for the fun of exploration, they would be missing out on most of the aspects of the game with no one to compete against.
Up to 253 players can be on at a time, and they can communicate with "telegrams" (private discussion) and a chat room. There are several races that you may choose from, and when creating a new player your starting ship will be on your races home planet. The game is roleplay-encouraged and it is possible to declare relations with other players and races.
Use the "doc files" command to view all the documentation files when first starting out.
Imperium does not require your computer to have or support graphics, but an 80 column (or more) display is recommended, and the ability to display and send both upper and lower case letters is required. Graphics and sound for Imperium are provided through "front ends" which are optimized for a particular type of computer system. Ask the deity about the availability of a "front end" for your computer type.
The general layout of the Imperium "universe" is a rectangular array of "galactic" sectors. Each galactic sector contains a 10x10 array of "sub" sectors. A galactic sector can be "normal", a black hole, or a supernova.
A supernova will immediately destroy anything that moves into it. A black hole may do this, but you will have to find out for yourself. Within a galactic sector are found planets and stars. Moving a ship through a star will also destroy it. The universe is "flat", that is, the edges do not wrap around and you can not move past the edges.
In order to try and maintain some degree of realism for the amount of time it takes to accomplish certain things in the "real" world, and to prevent an experienced player from being able to attack another player all day, Imperium has several types of "counters". Each player has a "BTU"(Bureaucracy Time Unit) counter of their own, which is replenished at the same rate as every other player. This assures that you can only execute certain commands a certain number of times in a given period of time, and allows more powerful commands to be weighted against commands that do little or nothing.
Planets also have their own BTU counters, and certain other commands (such as load, unload, etc.) require a certain amount of both player BTU's and planetary BTU's (PBTUs). These help to assure that one particular planet does not do more than would really be possible in a given period of time. Planets can only have half the BTUs that a player may have.
Imperium has been in development since 1994 off and on, first developed for the Amiga. Designed for the systems of the 90's it is very efficient and can easily support dozens of players at the same time with almost no system load.
The Imperium core game is completely opensource/GPL'd and can be found on GitHub. The clients/frontends have various other licenses but are still opensource.

Got an iPad? Our recommended Imperium client for iPad is MudRammer - get it here: 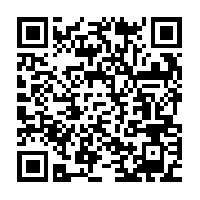